Chuck Norris is the celebrity spokesperson for Total Gym home gym systems, and we were wondering if he actually uses a Total Gym for working out?

Why, you might ask, would Chuck Norris- Martial Arts Master, whose alter ego is Walker Texas Ranger, star of countless superior action films, and Internet Joke phenomenon- be interested in Total Gym? 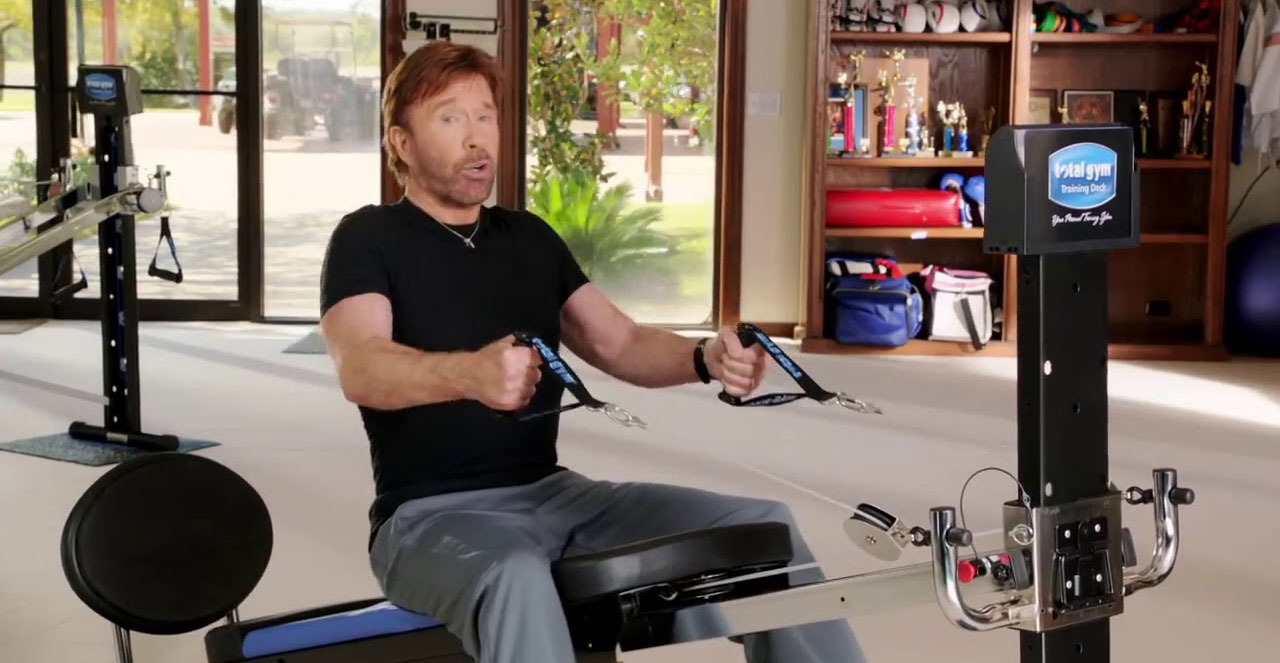 Well, his likely rather heavy endorsement/spokesperson fee aside, it’s actually quite likely that Chuck Norris does in fact use the Total Gym system.  Here are the top 5 reasons why we speculate this is so:

You’ve seen them online and heard them on TV… these Chuck Norris facts even crack up the man himself! Here are some classics, with a few new ones (created by Total Gym):

previousMobility and Range of Motion